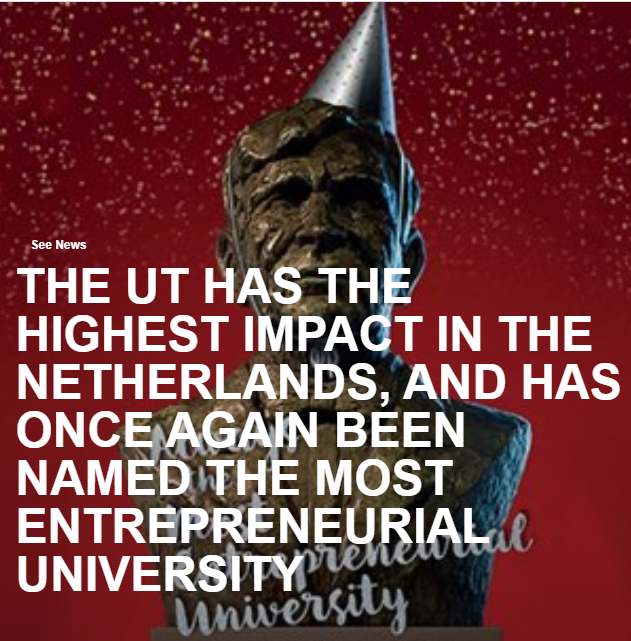 The University of Twente has been named The Netherlands’ Best Valorising University. The title, an initiative of research agency ScienceWorks, was announced during the presentation of the latest edition of the Impact Ranking. The entrepreneurial activities of the university have been rated highly and contribute greatly to the title: it is already the fourth time in a row that the University of Twente has been named ‘Most entrepreneurial university in the Netherlands’, continuously since 2013.

In order to decide on the best valorising university in the Netherlands, all thirteen Dutch universities have been compared in four specific focus areas: most entrepreneurial, most cooperative, best communicating and most civic engaging university. Two years ago, the University of Twente’s score was highest of all universities taken into consideration.

UT-president Victor van der Chijs: “The University of Twente has a long and rich history when it comes to societal and economic valorisation of scientific research. This recognition proves that we have been able to establish a university that is always exploring societal and economic chances in its work. The fact that the UT wins the title Most entrepreneurial university for the fourth time in a row underlines that we’re heading in the right direction. It has been an inspiration for others and by being so, it challenges us to stay ahead and reinvent ourselves every day again.”